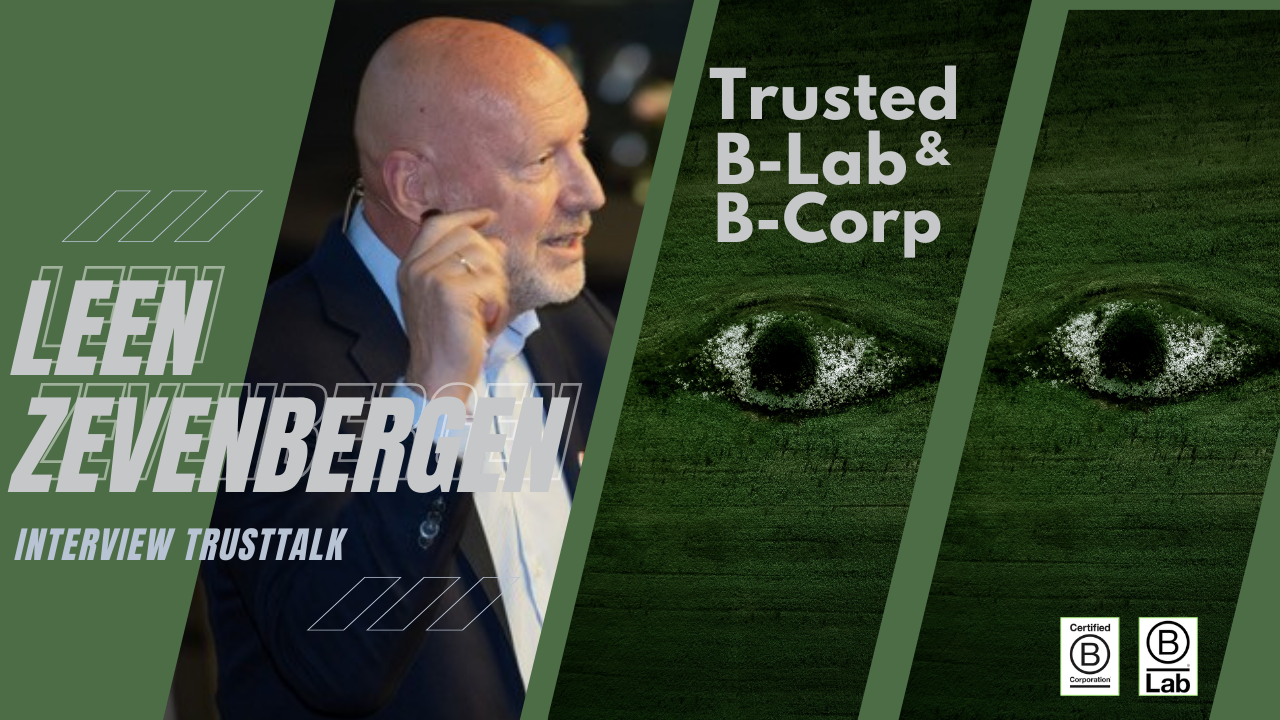 Trusted B Corporations (“B Corp”)

In episode 38, Leen Zevenbergen, entrepreneur and consultant at Been Consultancy, talks about the non-profit organization B Lab, which he started with Marcello Palazzi with the idea that a different kind of economy was not only possible but necessary and that business could lead the way towards a new, stakeholder-driven model. B Lab has become known for certifying B Corporations (or “Benefit Corporations” or “B Corp”). A “B Corp” is a company that meets high standards of social and environmental performance, accountability, sustainability, and transparency. Currently, there are over 4,000 B Corps in 75 countries. He talks about the Impact Measurement Tool of B Lab which 160,000 companies in the world are using. The country with the most B-Corps is Italy.

About the process to become a B Corp

(…) it is a holistic impact process, actually, so not, and holistic, let me explain it with an example. For example, if British American Tobacco, producer of cigarettes, would put solar panels on the roof, and they have green electricity to produce cigarettes are they then all of a sudden a sustainable company because they do something about CO2 while producing a product that kills people? So they are not, if you look at that from the perspective of CO2, you would say, great, great, they are doing, they are trying to be carbon neutral or whatever, and they are very sustainable. But if you look at it holistically, you see that they make a product, the core of their company., that is not sustainable (…)

About B Lab and B Corp

(…) And you and right now it is more and more externally. And when we started in Europe, the B Lab Europe organization in 2013, it was very difficult to explain to companies what it was. Right now there in Europe alone, there are 700 companies willing to become a B Corp, and that is that number is growing exponentially. And so now people think that it helps them externally. And because if you say I’m a B Corp, we did studies to that, It is easier to get better staff, more talented people. It’s easier to get impact financing, so there is a big shift in money going from, let’s say, private equity to impact money, impacts capital. And that is, but then you have to prove that you are really an impact sustainable company (…)

Listen to the podcast here or on the TrustTalk podcast.

For the PDF full transcript of the interview, see here Trust and Global’s Most Pressing Issues