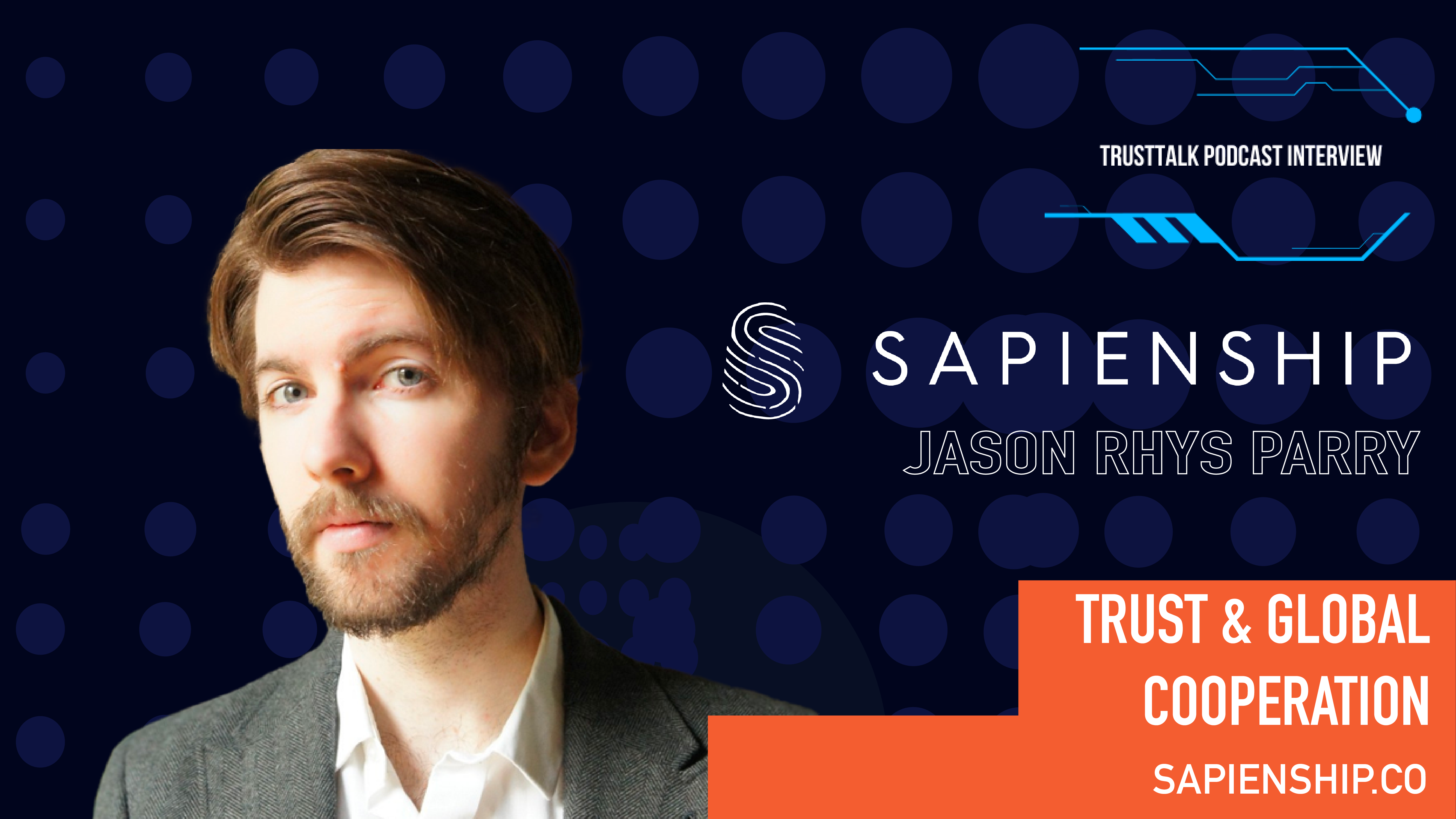 Trust and Global’s Most Pressing Issues

In episode 47 of our podcast (“Trust and Global Cooperation“), we have Jason Rhys Parry as our guest. He is Senior Content R&D at Sapienship, the global social impact company founded by Yuval Noah Harari and Itzik Yahav and headed by Naama Avital.

We cover a lot of subjects that all have one theme in common: the greatest barrier to global cooperation is a growing mistrust of science, institutions, and the news.

The Long View of Trust, Historically

If you take the long view of trust, I think you can see that every period of technological innovation produces a corollary set of mechanisms for building trust and establishing trust. We’re living in the digital age, which is its own kind of revolution. But if we were to look at a previous revolution, we can look at the printing revolution and see kind of what happens there is maybe it’s a guide to what’s in store for us. And if you take the long view, you can see that there are these mechanisms that came out of print culture. I’m talking about things like footnotes, which were techniques for building trust. And if you look into the history of the footnote, which is actually surprisingly contentious and interesting, you see that it doesn’t come out of scientific communication.

It actually comes out of theology and theological debates. If you read ancient writers, people like Thucydides, who tends not to cite his sources very rigorously evaluating sources, was something ancient writers did so that their readers didn’t have to. But the printing press really changed that. And one of the reasons why the Reformation took off so quickly and succeeded where prior or previous challenges to church authority had failed, was because of the printing press. And these ideas could spread so quickly. And as a result, you had this religious war, that was partially waged through the media of books and pamphlets in a similar way to how today war is partially waged through social media. And the footnote kind of emerged as a technique that writers use to bolster their credibility so they could cite passages in Scripture or other spiritual authorities to substantiate the arguments they were making in the text.

Jason highlights examples of successful global cooperation showing that it is possible to even in the contentious realm of geopolitics. He mentions the example of the Antarctic Treaty System, which kind of set aside Antarctica for scientific research.

We can imagine, I think, easily imagine a counterfactual world in which there was a bloody and brutal struggle for territory around the South Pole. But that’s not what happened, right, we had the Antarctic Treaty and as a result, there’s no resource exploitation in Antarctica, there’s no militarization in Antarctica, at least in theory, no one needs a visa to go to Antarctica. And I think it’s tempting to say that there’s something utopian about the Antarctic Treaty System, but really it’s just a simple, well-designed mechanism that’s held up pretty well. And when it comes to environmental issues, I think it’s worth looking at the example of the Montreal Protocol, which was the agreement that led to the phase-out of substances causing ozone depletion. By all metrics, this was a success. UV radiation levels around the world are lower than they would be in the absence of the Montreal Protocol. And it’s had some interesting side effects as well, actually, because of how UV radiation affects plant growth. There’s been some recent research suggesting that the Montreal Protocol resulted in billions of tonnes of carbon being stored in plants that would otherwise be in the atmosphere. And we’re talking about enough carbon to possibly raise global temperatures around one degree. So in a way, we already have a successful climate change agreement on the books it’s just that wasn’t its primary function.

About scientific papers behind a paywall

Even if someone wanted to read peer-reviewed scientific papers on a topic, they often can’t do so because they’re behind paywalls, and this is despite the fact that so much of scientific research is funded by taxpayers:

When he was an educator, he had the privilege of teaching some truly brilliant students. He tells about his disappointment to see some of them go off and get jobs, doing things like refining the algorithms that a social media platform uses for its targeted ads:

It seemed like such a tragic misuse of human talent, a tragic misallocation of human talent. And I think that this isn’t lost on the general public either. There are these very clever people using very sophisticated technologies to try and influence their behaviour one way or another. And as a result, I don’t think it’s necessarily surprising that we’re seeing such an uptick in paranoia in the political sphere.

Jason says that scientific communication may actually be a major challenge because building support for a scientifically informed policy is the necessary basis for addressing any of the problems that we’ve been talking about.

And so we’re experimenting with a few different ways of doing that. For example, we recently launched the 2% More Social Media Campaign, and this campaign came out of an attempt to review all the available forecasts and estimates and projections of the cost of averting climate breakdown. We wanted to find out what is the price tag of addressing climate change. And what we found really surprised us, actually, the consensus among organizations like the IPCC or the International Energy Organization, as well as prominent climate economists, is that it would only take additional investment equivalent to about 2% of global GDP each year to decarbonize most sections, if not all sections of the global economy by 2050. And this seemed like amazing news. 2% of global GDP is a lofty goal, but it doesn’t seem like an unattainable one, right, this is less than countries around the world spend on defence. And so we’ve all wrote an essay on this topic for Time magazine, but we had all this extra research kind of leftover. We weren’t able to fit everything into the essay. And so the challenge was how do we communicate this information that establishes our credibility, that will help build trust for the kinds of policies that we’re advocating for?

Listen to the full interview with Jason Rhys Parry:

Full transcript of the interview

Here is the full transcript of the interview with Jason Parry

Sapienship‘s main goal is to focus public attention on the most important challenges facing the world today,  through projects in the fields of entertainment, education, and investments – highlighting the urgent challenges of technological disruption, ecological collapse, and global war.

The company is currently developing and managing a variety of projects, including tv series, movies, immersive exhibitions, illustrated books, and interactive digital content for young adults and adults. In 2022, Sapienship published its climate optimism research project, demonstrating that an additional investment of just 2% of Global GDP could help avoid the worst climate change scenarios. Trusted B Corporations (“B Corp”)