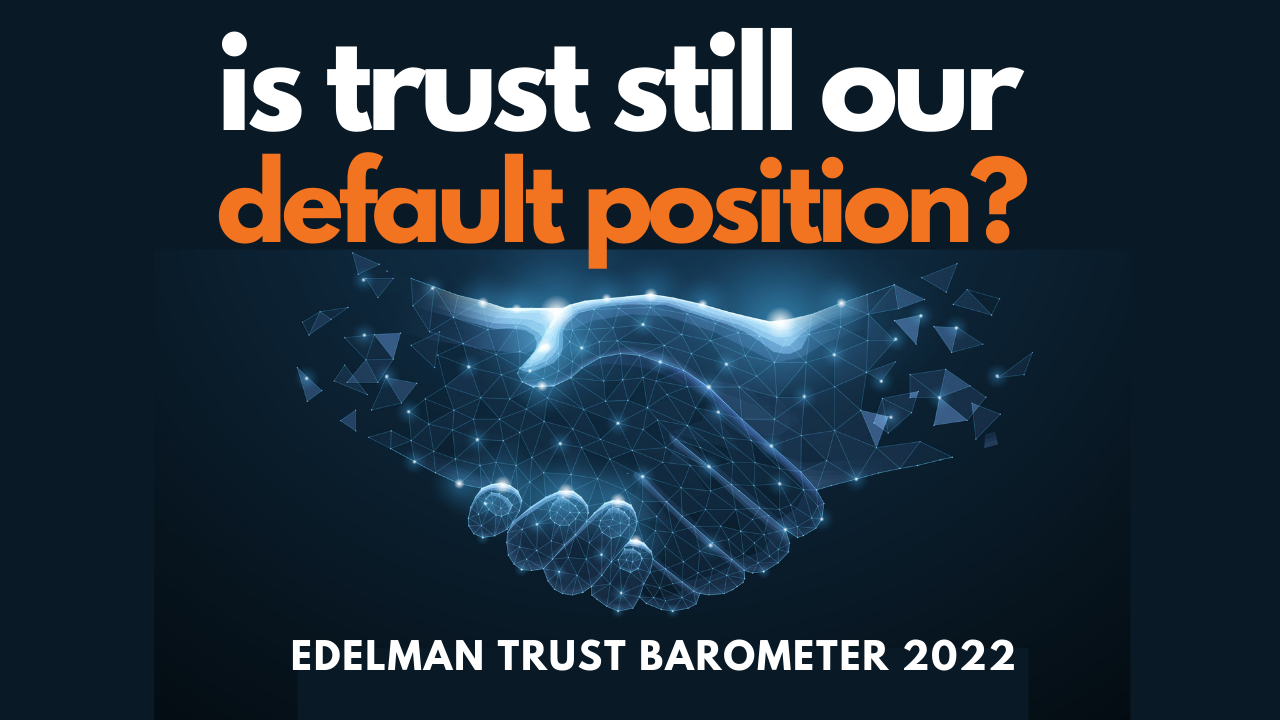 The Number One finding of the 2022 Edelman Trust Barometer: Distrust is now society’s default emotion

Like every year, Edelman publishes its “Edelman Trust Barometer”. The 2022 Edelman Trust Barometer is its 22nd annual trust and credibility survey. The survey was powered by Edelman Data & Intelligence (DxI) and consists of 30-minute online interviews conducted between November 1 and November 24, 2021. It surveyed over 36,000 respondents in 28 countries. Edelman have studied trust for more than 20 years and believes that it is the ultimate currency in the relationship that all institutions—business, governments, NGOs and media—build with their stakeholders.

Sadly, the nr. 1 finding from the surveys is that distrust is now society’s default emotion. Nearly 6 in 10 say their default tendency is to distrust something until they see evidence it is trustworthy. Another 64% say it’s now to a point where people are incapable of having constructive and civil debates about issues they disagree on. When distrust is the default – we lack the ability to debate or collaborate.

The other 9 of the 10 findings are


The full report can be found here

The world is failing to meet the unprecedented challenges of our time because it is ensnared in a vicious cycle of distrust. Four interlocking forces drive this cycle, thwarting progress on climate change, global pandemic management, racism and mounting tensions between China and the U.S. Left unchecked, the following four forces, evident in the 2022 Edelman Trust Barometer, will undermine institutions and further destabilize society: