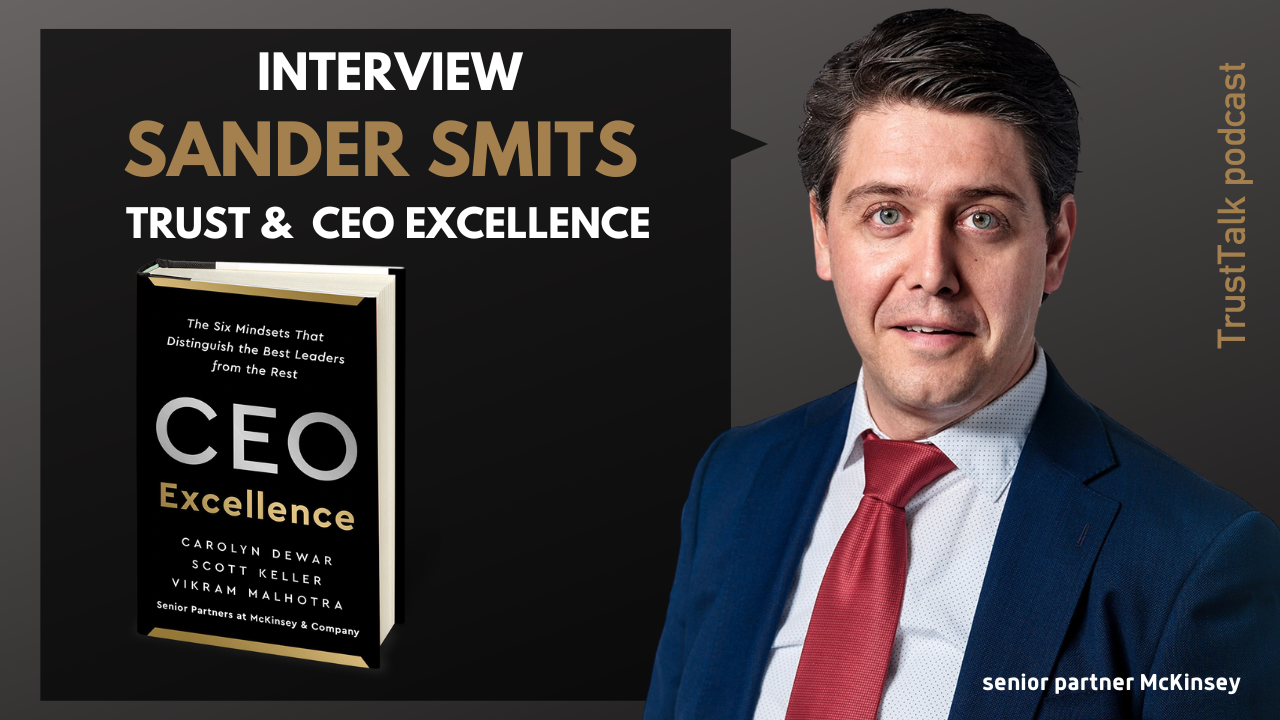 Today’s guest is Sander Smits, senior partner at McKinsey Amsterdam. He talks about the book “CEO Excellence”. The consultancy firm interviewed over 2.400 CEOs out of their database, from which they selected 67 “Excellent CEOs” for the book. He talks about the role of Roosevelt’s “fireside chats” during the financial crisis of the 1930s to create trust and the parallel with CEOs finding ways to establish trust with the company’s board and its stakeholders, the need for transparency with the board, and the different dynamics that play a role in steering the company, like setting a bold vision on where the company should be headed to and by doing so build trust. 68% of CEOs that were interviewed said they were completely unprepared for their new role, and one-third of Fortune 500 CEOs don’t make it through the first 3 years of their tenure. He talks about the book’s research into six mindsets – McKinsey calls it the “Irreducible Core” – that CEOs have to rise to the top of the list, one of them to listen to numerous inputs and from that formulate a bold vision.

Engaging with stakeholders builds trust. He mentions the example of the Nestlė CEO who reached out to environmentalists to talk about renewable raw materials and how to use that, trying to fully understand their point of view. He likes a quote from one of the interviewed CEOs: do you want to have a team of stars or do you want to have a star team?