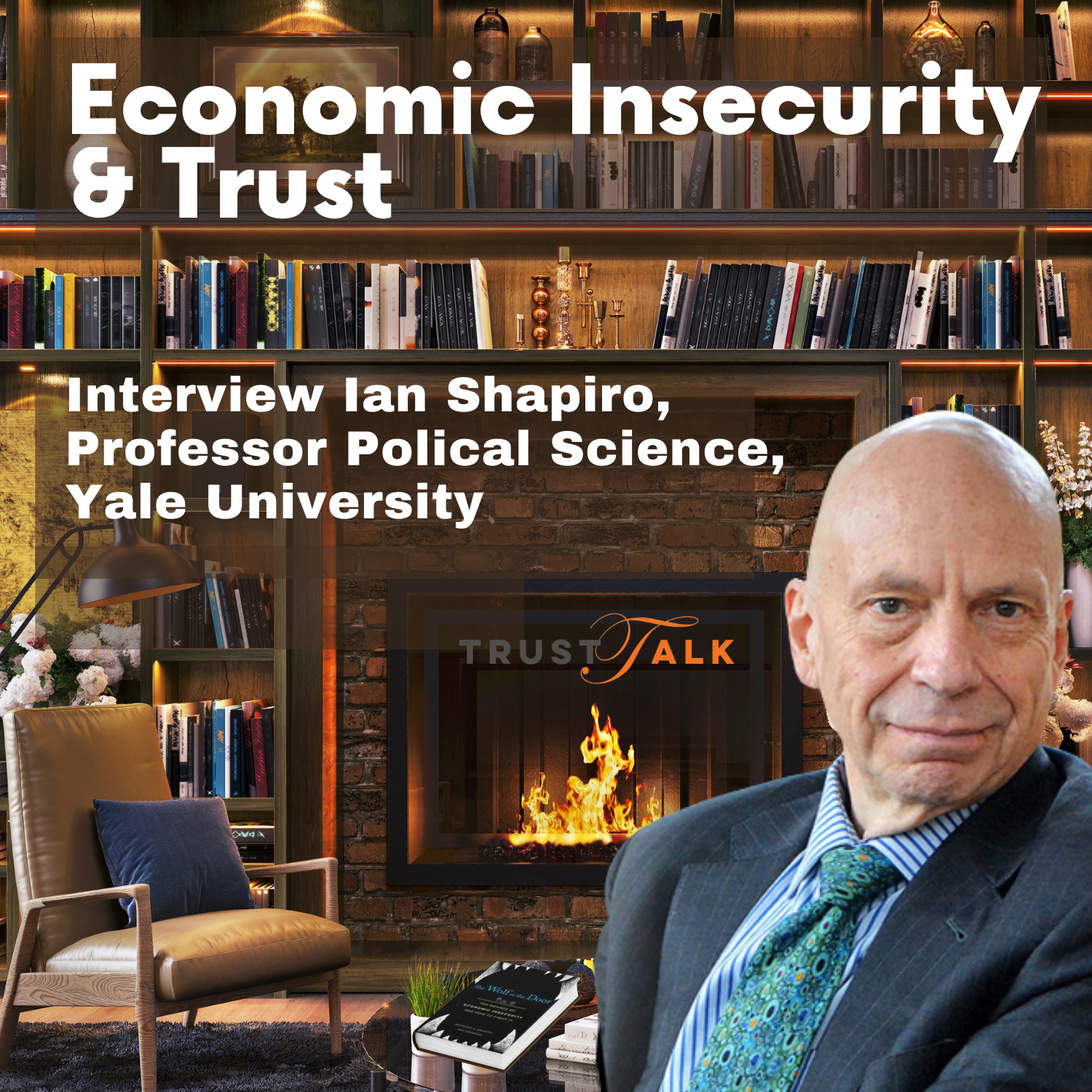 In podcast episode 15, we interview Sterling Professor of Political Science at Yale University, Ian Shapiro. Distrust of politics and politicians is a symptom, not the problem. That is economic. He talks about political party fragmentation, a failed educational system, job insecurity, the inability of left and left-of-center parties in Europe to hold on to their constituencies to deliver security is breeding mistrust. And the answer is not to get more people involved in political parties. The answer is to think about what kind of policies would reduce economic insecurity, so people will start to have faith in institutions to deliver those policies. He talks about two-party and multi-party systems and causes of polarization. Business leaders should take the lead to deliver a social wage, retraining programs, and long-term employment security.

On the question of what the greatest challenges are for political scientists for the next millennium when it comes to trust, he says:

“I think you have to think about it as a political economist, and I think coming up with policies that will erode the sources of mistrust which have to do, I think, with the longer-term employment security, building a social wage, retraining programs. We talk about other things like health insurance, which is still not there for millions and millions of these people and millions more who have it are going to lose it, as they bounce down the socioeconomic scale. Those are the kinds of policies that are going to make a dent in the economic insecurity that is fuelling the mistrust, that is driving populism and extremist politics. So, no, I don’t want to be too much of a materialist about it, but I don’t think it’s rocket science. I think that that’s that is the core of the matter.“

He talks about the book he wrote with his colleague, Justus S. Hotchkiss Professor Emeritus of Law Michael Graetz, | “The Wolf at the Door”