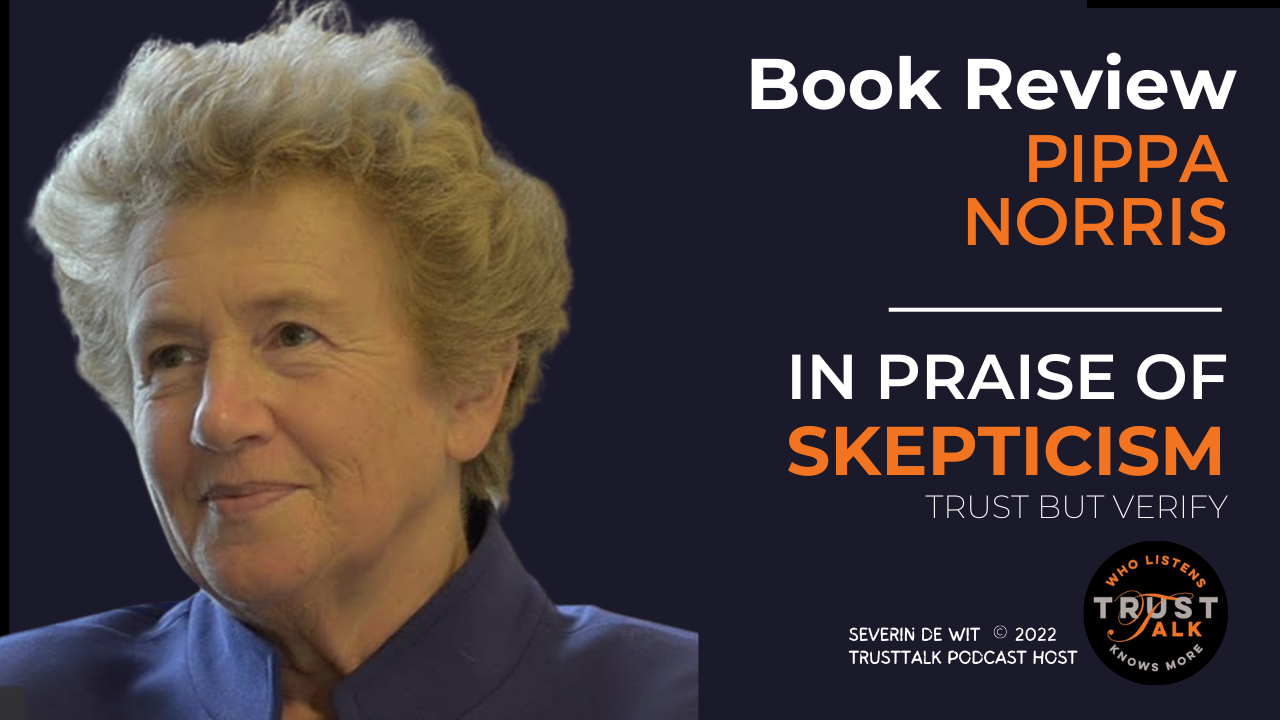 Book Review: “In Praise of Skepticism, Trust But Verify” by Pippa Norris

For the most part, literature claim trust has inevitably beneficial consequences, whether it’s for society, for the economy, for building community, or for building political alliances and bonds. Pippa Norris, a comparative political scientist who has taught at Harvard for three decades, advocates in her new book the need to rethink our explanations of the evidence for making informed and accurate, and reliable judgments about trustworthy relationships. She sets out the arguments and investigates a series of causes in the theory about what causes skeptical trust and then talks about how we can actually strengthen trust or skeptical trust, which she argues, is the most important aspect. (…)

You can read the full book review here:

Other publications by Pippa Norris:

Your Support is Crucial to us

As you may know, creating a podcast requires a lot of time, effort, and resources, from researching and preparing for each episode to recording and editing the audio and a lot more that goes into making each episode a success, like SAAS services, paying for photo and music copyright fees, subscriptions, etc.

Your support will help us cover the costs of audio equipment, editing software, hosting services, studio services, and other expenses that are necessary to produce the podcast. Every little bit helps and we are grateful for any contribution you can make.

Thank you for your donation and for being a part of the TrustTalk community. We couldn’t do this without you!